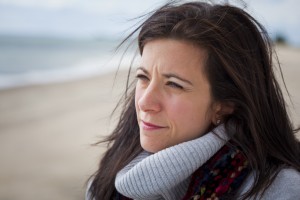 Ankylosing Spondylitis is a specific inflammatory condition which affects the joints in your spine. As the inflammation settles into your spine calcium then forms where the ligaments attach to the bones of the spine and this can reduce flexibility in your back, cause pain and even result in the growth of new bones to the sides of the vertebrae. This in turn sometimes results in the fusing of the bones and can be very painful indeed.

The condition usually begins in the joints between your pelvis and your spine but it can spread up as far as the neck. Some people live with the condition in a way which is so mild that they hardly notice it at all whilst others find it effects their entire quality of life. The first symptoms of this condition tend to be stiffness and pain in the lower back, especially in the early morning and pain in the joints at the base of the spine, where they meet the pelvis as well as in the buttocks and as far down as the backs of the thighs. The early symptoms of ankylosing spondylitis are often mistaken for common backache but if the pain and stiffness is lasting more than 30 minutes then it is time to discuss the situation with your doctor as it could be Ankylosing Spondylitis which is causing the pain.

Who does Ankylosing Spondylitis Effect?

All research used to suggest that ankylosing spondylitis affected more men than women but this could simply be down to diagnosis rates rather than fact and the only concrete evidence about the condition is that it usually starts in the late teens or twenties with twenty-four the average age that the condition beings. There is a genetic link, with the genes you inherit making you more likely to get the condition although it isn’t passed on directly. Most people who have the condition have a gene which is called HLA-B27 but it doesn’t necessarily mean having this gene will guarantee you get the condition. The UK charity Arthritis Research UK has grant funding to look more closely at this gene and its relevance to ankylosing spondylitis.

Ankylosing spondylitis may be treated with painkillers such as co-codamol and a wide range of NSAIDs including ibuprofen and diclofenac and NSAIDs which can also be applied as gels. Further drug treatment may include disease-modifying anti-inflammatory drugs (DMARDs) which are designed to reduce damage to the joints rather than ease pain and biological therapies are a quite new type of treatment which are given by a rheumatologist via injection and can be very effective for the most severe forms of the condition. You may also find steroids offer relief as a short-term treatment for severe cases and even bisphosphonates which are used to treat osteoporosis may be used to help relieve stiffness.

Physiotherapy is a very important element of treatment for ankylosing spondylitis as a programme of relevant exercises can be designed to help increase muscle strength and maintain mobility in the spine and other joints. Not exercising can result in your muscles stiffening into a permanently bent position.

Surgery is an option in the most severe cases but most people with ankylosing spondylitis never even need to consider it. Occasionally a hip or knee replacement may become necessary because of the extent of pain or lack of mobility. Whilst ankylosing spondylitis can cause a bend in the spine straightening operations are not recommended or performed very often.

If you have any questions about Ankylosing Spondylitis or would like to book an appointment with Dr Stephanie Barrett then please get in touch here.